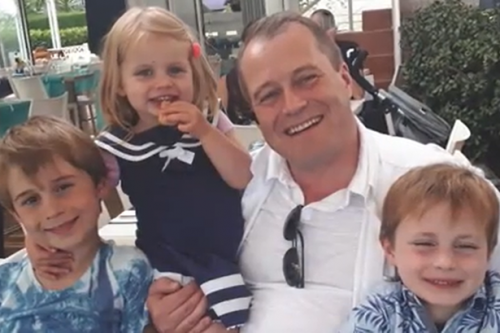 Andrew McGinley with his children, via @conorsclips

Andrew McGinley, who was dropped from RTÉ’s Late Late Show line-up, says he would never set out to intentionally upset anyone.

He was due to announce plans for a fundraising concert in his children’s memory.

They were killed by their mother at their home in Newcastle in Dublin when she was suffering a psychotic and depressive episode in 2020.

Andrew McGinley says he was left off the show after a small number of people objected to the broadcaster.

“I was told that they said it could be a very painful experience for them, and I understand them.

“I would never intentionally set out to upset anybody.”