The cast for the upcoming Holding TV series that is being filmed in West Cork has been announced.

Holding is based on the debut novel  by Cork man Graham Norton and is based in a fictional Irish village called Duneen where a local Garda has to deal with a mysterious crime.

Academy Award winner Brenda Fricker has been cast in the series as Lizzie Meany while Cork’s very own Siobhan MacSweeney, best known for her role in Derry Girls, will play the role of Bríd Riordan. 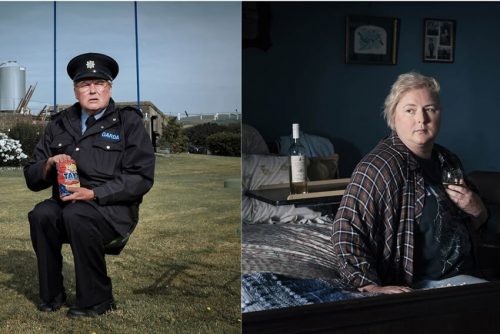 ITV are developing the four part series which will be directed by Kathy Burke and written by Dominic Treadwell-Collins and Karen Cogan.

Speaking about her role in the series, Brenda Fricker said, ‘I am ecstatic to be part of this wonderful production, in beautiful Skibbereen, and finally not to be playing a mother! Mrs Meany is a bit of a dark horse. She has had a dreadful life but has retained her values, her friendships and most of all her sense of humour, keep a sharp eye on her.”

Siobhan MacSweeney said, “I cannot think of a better script in a better place with a better cast and crew. I’m in heaven being back in Cork.”