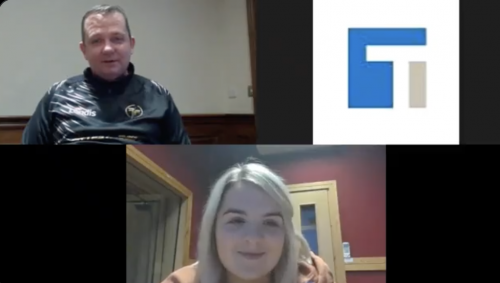 It emerged last night that the former Clare and Wexford manager could be coming on board with the Rebels.

Matthew Twomey is set to take over as manager following the departure of Paudie Murray, who is now in charge of the cork minor hurlers, with reports suggesting that Fitzgerald would work alongside Twomey as coach.

A special meeting of the Cork camogie county board to ratify the new manager was due to take place last night, however that was called off yesterday.

Fitzgerald, who was in charge of Clare for their All Ireland win in 2013, was believed to be on the verge of becoming the Galway hurling manager this year, before the Tribesmen appointed Kilkenny legend Henry Shefflin.

Fitzgerald was on the Big Red Bench recently, with Valerie Wheeler asking if he’d be interested in working with Cork Camogie.

“Yeah that would be some craic wouldn’t it?

“I don’t know what’s going to come next. It’s the first time since 1989 believe it or not that I haven’t been involved in senior level. That’s a while ago!

“Am I kinda nervous? Yeah. I have a few things that I’m going to tear into, but I don’t know how that’s going to feel.

“My whole life was to be playing for my club at senior level, playing for Clare. That was my passion and my dream. When I was going to school, trust me it wasn’t school books I was worried about, it was getting to play for Clare and Sixmilebridge.

“Unfortunately now being at senior level has passed, and let’s see what’s next.”

When asked by Valerie if he would rule out a move to camogie, Fitzgerald responded:

“I would rule out nothing, Valerie!

“I can remember the first ten years I was managing, I often trained three or four teams as well as paying for Clare at the time.

“I often help out teams no matter who it is.

“Would I rule out doing anything? No, I’ll be involved with someone or do something.

“I love that, I love like being with teams, I love Fittest Family, I love team building events where I go into companies and make people do things they don’t think they can do.

“I love winning, but it’s the reaction I got from people was the biggest thing. To see people with a smile on their face and make them happy, that was my thing.

“It’s not about the medals I have, it’s seeing people and seeing teams that didn’t think they could achieve stuff achieve things.

“That’s my biggest team, be it with LIT winning their first Fitzgibbon, be it with with Clare winning the All Ireland in 2013, Wexford [winning Leinster] in 2019, Waterford’s Munster Championship in 2010.

“I can remember being involved with Clare’s under 18 camogie team that won their first Munster Championship, with Fintan McNamara, loved that!

“THere’s so many teams that I can look back on, and I smile.

“But the best victory Valerie is the next one!”

Would Davy Fitz be welcome in Cork? @CorkCamogie 👀🤣