Five people reported to have died at Kabul Airport 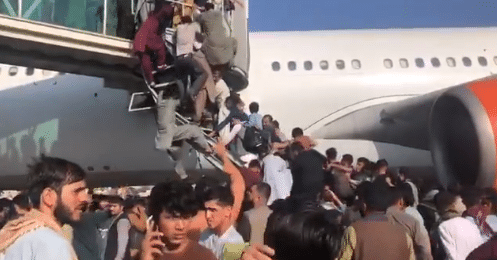 At least five people are reported to have died at Kabul airport as hundreds of people attempt to board evacuation flights.

Reuters says it’s unclear whether the casualties were killed by gunshots or by the stampede.

The Irish Government is offering assistance to the 23 Irish citizens currently in Afghanistan.

The country has descended into chaos after the Taliban took control of the capital, though a Taliban official claims civilians won’t be harmed.

Afghan Journalist Muhammad Hadeed Pardes has been speaking to Taliban fighters in Kabul.

“In the early morning when I was talking with the Talibani fighters, I asked them that people are worried about their future and how they’re going to treat them.

“I think there will be much difference between the words and actions.”