The first of the babies to be born at Fota Wildlife Park this year is a little male who was born on the 12th March to seven-year-old Quincy who came to Fota from a zoo in the Netherlands in 2019 as part of a group of four female Ring-tailed Lemurs.

Another female from the same group, Aqua, gave birth on the 10th of April to a female. The father of both the young, named Collins, who was born at Fota Wildlife Park, passed away of natural causes the day before the male baby was born, on the 11th of March.

Fota Wildlife Park is calling on the public to help name the two babies through an online survey on their website  www.fotawildlife.ie/news and are offering a chance to win one of two year-long Conversation annual passes to the Park. 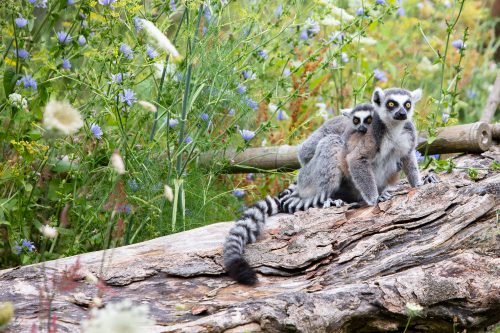