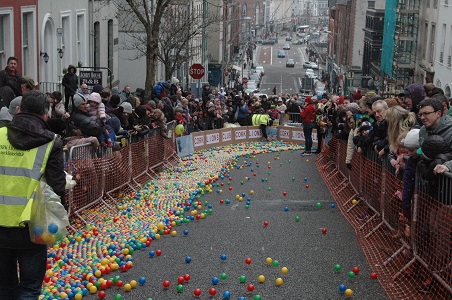 The Lions Club Ball Run is set to return to Patrick’s Hill.

12,000 coloured balls will be released down the famous hill, with each ball individually numbered.

The first 6 balls across the line will win a prize, with a top prize of €500 on offer.

While the Lions Club Ball Run usually fundraisers for defibrillators to be installed across the city, they have announced that this year the funds raised will go to the Lions International Fund For Ukrainian refugees

The event takes place on March 20th at 2pm, and you can enter at www.corklionsclub.ie