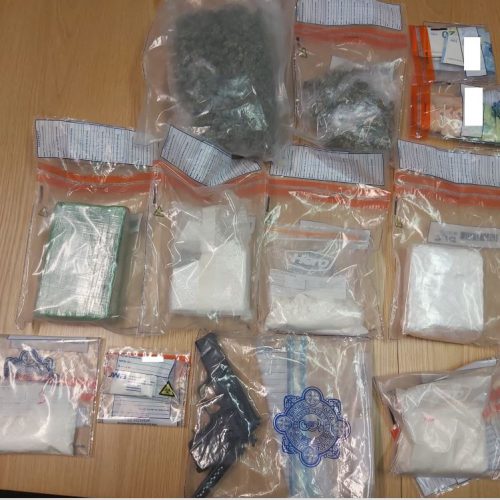 As part of Operation Tara, Gardaí from the Bridewell Garda Station in Cork seized combined drugs valued at €220,000 and arrested a man following a search yesterday.

The search was carried out at a residence in Cork City at approximately 8.30pm. Cocaine with an estimated value of €210,000 and cannabis worth €10,000 was seized at the scene. An imitation firearm and €3,100 in cash was also seized.

A man, aged in his 30s, was arrested at the scene and later taken to Bridewell Garda Station where he is currently detained under Section 2 of the Criminal Justice (Drug Trafficking) Act 1996.

All of the drugs seized will now be sent for further analysis.

Cowan: First Time Buyers And Young Farmers Should Be Exempt From Concrete Levy