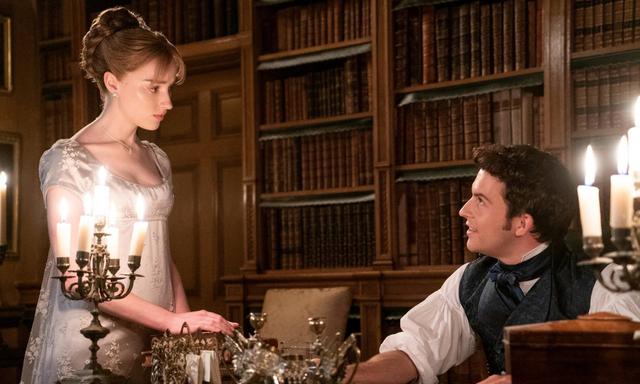 Season two of ‘Bridgerton is almost among as it is set to be released on Netflix in March 2022. Fans have been kept ticking over by Netflix releasing a number of new images from the upcoming season.

The drama will see a change of leads for season two, with Phoebe Dynevor and Rege-Jean Page’s charcaters stepping aside. While Phoebe Dynevor will feature in a supporting role this time, she is not listed as a cast member for the new season.

The new images feature a first look at some of the characters from season one, including Jonathan Bailey’s Anthony, Nicola Coughlan’s’ Penelope, Claudia Jessie’s Eloise and Golda Rosheuvel’s Queen Charlotte.

Here are some of the images released ahead of season two.

I burn, you burn, we ALL burn for BRIDGERTON 🔥 Here's a sneak peek at the Ton in Season 2. pic.twitter.com/9RI4g0OUMO