RTE have launched their new game show “Last Singer Standing” that is set to kick-off on our screens later this month.

The talent show will be hosted by Westlife’s Nicky Byrne and will feature Girls Aloud star Nadine Coyle, former NSYNC member Joey Fatone and singer Samantha Mumba as the Pop Panellists. They will offer their knowledge and industry experience to the contestants as they perform on the show. 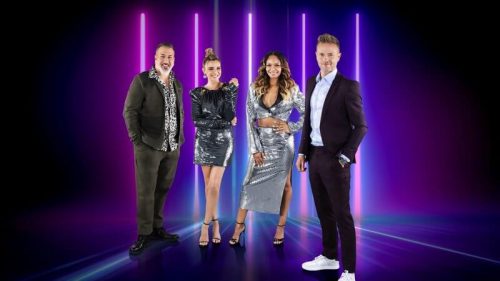 Contestants will battle it out over an eight week period for a chance to reach the grand final and win a prize fund of €25,000.

Last Singer Standing will start on Saturday October 23rd on RTE One and run until December with one singer from each show making it through to the next round each week.

RTE have described the new show in a statement saying, “Last Singing Standing is game show for all of the family to enjoy, it requires contestants to have tactics as well as talent, as singers face off against one another in a test of singing ability, and nerve”.

Host Nicky Byrne is looking forward to the new talent show saying, “This show will have you on the edge of your seat – it’s fast-paced, exciting, and full of jeopardy. Our singers face challenges like never before in their bid to land the top prize.

“The superstar pop panel of Nadine, Joey, and Samantha are talented, quick-witted, and full of personality. It’s a fresh, new show and I think viewers will take it to their hearts on Saturday nights.”

Pop Panellist Nadine Coyle said, “I loved the idea with this show of how quickly the participants might have to adapt to a song they are not familiar with in the original key in a high-pressured situation – it’s exciting to watch.

“I’m just so impressed by the singing talent that there is on offer in Ireland, and I love that people are getting a chance to show that off on Last Singer Standing.”

Irish singer Samantha Mumba is also looking forward to getting stuck in to the show, “Last Singer Standing is just such a refreshing and fun concept and spin on a traditional type of talent show, and that’s made me want to get involved.

“It’s always a treat getting to come home for work as it ties in with getting to see family and friends as well, particularly not getting home much at all over the past few years, has made it even more special.”

NSYNC’s Joey Fatone said, “Last Singer Standing is a fun singing competition with a game show element to it and requires clever use of strategy from the contestants.

“Contestants have to pick from categories, and that narrows things down and gives singers fewer songs to choose from… it’s going to be really exciting for people at home to watch”