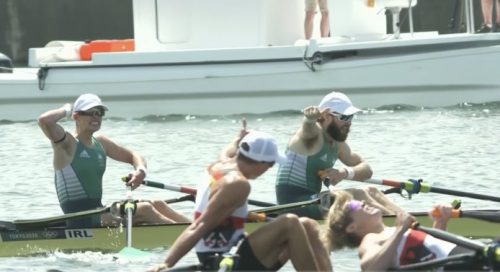 The Lightweight Men’s Double of Fintan McCarthy and Paul O’Donovan became Olympic Champions by winning the final with a time of 6:06. 43 today. In a thrilling race the Skibbereen crew were sitting in second place for much of the race, with Germany going out fast and dominating the first half of the race. A push from the Irish double with 700m to go left no doubt about their class, when they edged their boat to the front, and took the win by 0.86 of a second on the line.

Speaking after the race, O’Donovan said, “The Germans and Italians always have a quick start, so for the first time we had a quick start as well, not for lack of effort. It was a bit of a surprise that it paid off and we weren’t totally dropped in the first 500m, so that was good. And then we put the heads down and ploughed on so it was good.”

McCarthy added: “It feels pretty good. We can’t complain! We had a really good race – but a tough one. The Germans were flying so it was hard. I was really excited when we first crossed the line and there was a bit of relief as well. We have had a good time all week, so we are a bit sad that it is all over. We hadn’t had too much time to think about it but it feels pretty good and hopefully it will be that way for a while.”

In the Lightweight Women’s Double Sculls, the Irish crew performed outstandingly to finish second in their B Final with a time of 6:49.90, resulting in an eighth overall final standing, pushing winners of the B Final, Switzerland to the line, crossing the line just 0.74 seconds after them. Aoife Casey and Margaret Cremen qualified for the Tokyo Olympics in May, and throughout the Olympic Regatta have produced top class performances, which bodes well for the Paris Olympic cycle.

The Women’s Pair of Monika Dukarska and Aileen Crowley finished fifth in their B Final with 7:02.22, in what was an extremely competitive field, resulting in an 11th place finish overall. They started strong, putting themselves right in the mix, in a grueling battle with Romania and USA which ensued for the remainder of the race. The Killorglin Pair are part of the emerging strong squad of female rowers in Ireland from which the Olympic Bronze Medal winning crew was selected.

In the final race of the day for the rowers, there was disappointment for Sanita Puspure in the semi-finals of the Women’s Single, where she finished fifth in her race, with only the top three progressing to the A Final where the medals are contested. 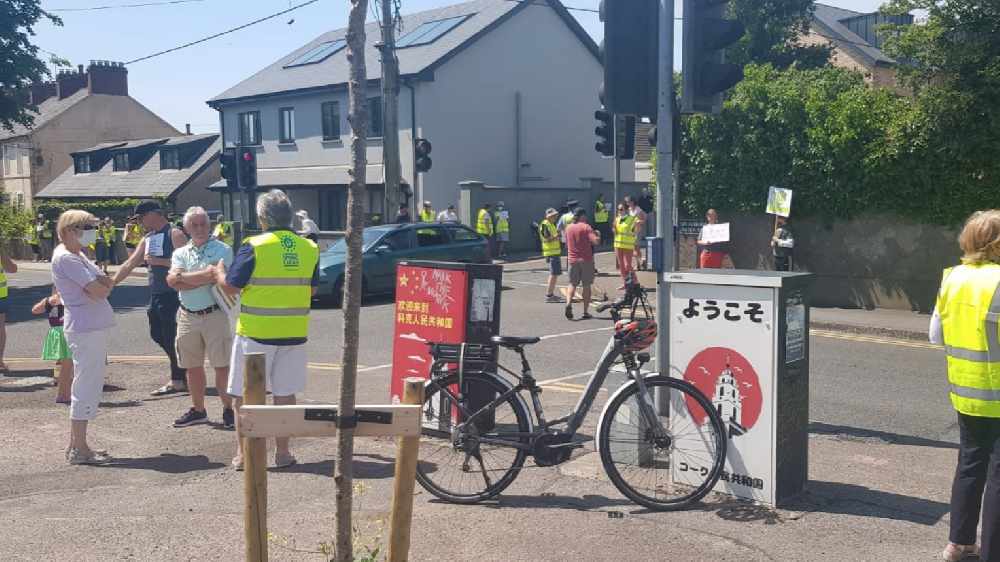 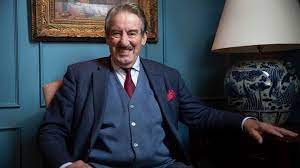