Clonakility’s Ruby Ivy has been chosen to represent RedFM in the national search for a New Local Hero.

It’s part of Irish Music Month – a month-long programming initiative that ran for the month of October, which saw Hot Press join forces with 25 radio stations all over Ireland, who are members of the IBI (Independent Broadcasters of Ireland), to support Irish music and Irish musicians.

Irish Music Month is supported by the BAI through its Sound & Vision scheme, as well as by XL Retail Group, MCD Productions, IMRO, RAAP and XMusic.

A judging panel will now reduce the 25 acts put forward by the various stations to 5 acts. These will play the Academy, in Dublin, on November 18th – on a showcase night, at which the recipient of the A New Local Hero 2021 award will be revealed. 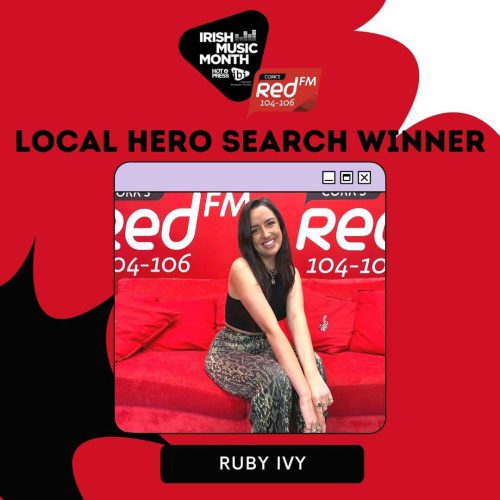 The showcase event will be broadcast subsequently by all 25 stations, and on the night A New Local Hero will be announced. The winning act will get:

– The release of a single through the renowned Rubyworks record label.

– National exposure via an interview in Hot Press

– A full PR campaign around the release of the single