Significant changes to the Dunkettle Interchange are set to begin this Sunday as part of the ongoing €215m project.

A series of new road-links are expected to open to traffic at 11 o’clock this Sunday morning, the 20th November.

Drivers are being urged to pay close attention to road signs when the two new link-roads open on Sunday.

“We’re hoping to open a new link road from the N40, heading northbound through Jack Lynch Tunnel, connecting up to the N25 and Little Island east bound. Now the important thing to remember on this one is that for those heading east, they’ll need to keep left in order to travel to the right, around the interchange. There’ll be loads of signage in place. So I suppose the message to drivers is take their time, follow the signs. The other link road that we’ll be opening up should be a little bit more straightforward. For those coming down the M8 southbound, there will be a free-flow slip to their left, taking them directly onto the N25 and into Little Island without having to traverse the existing interchange at all”. 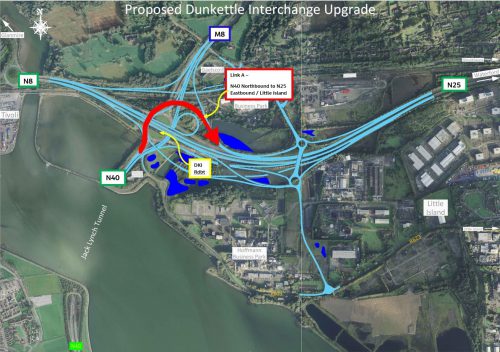 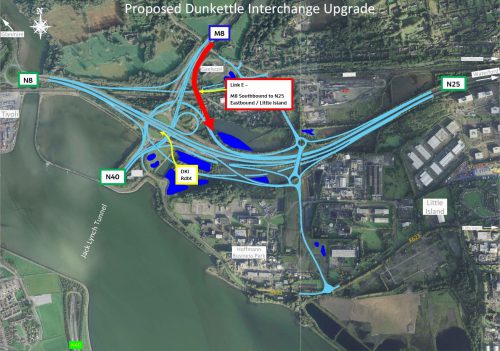