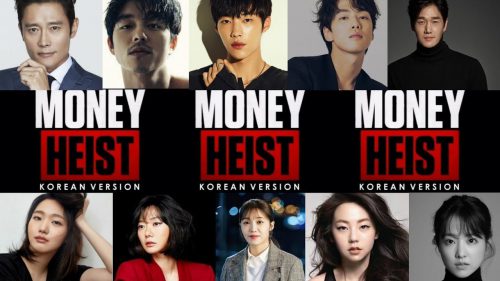 As the famous ‘Money Heist’ originally set in Madrid, Spain came to an end in 2021 with a total of three seasons divided into five parts, a South Korean remake is set to hit our screens very soon with Netflix releasing the official trailer today.

The original ‘Money Heist’ become one of Netflix’s biggest foreign-language TV series, therefore making us rather excited to see the latest remake take place in another territory. Here is all we know about the ‘Money Heist: Korea’ so far.

The official full title is ‘Money Heist: Korea- Joint Economic Area’. As viewers saw in the original ‘Money Heist’ we are introduced to the ‘Professor’ who recruits a group of individuals to do his shady bidding as we follow them along their journey.

As you can see in the trailer video below there are a few familiar faces in the cast. Yunjin Kim (son from ‘Lost’) is the most notable cast member who will play the head of the negation team. Another notable actor who rose to fame in 2021 after his success in another Netflix original series ‘Squid Games’ is Park-Hae-soo who played Player 218 in the series. Park-Hae-soo will take to the screen as ‘Berlin’, one of the professors’ pawns.

Here is the teaser trailer.