The Coronas have announced an Irish tour including a date at Cork Opera House on Monday December 6th.

When the pandemic hit in March 2020, not only did it scupper the band’s world tour plans and delay an album release, it also left the Dublin 3-piece with an unfortunate band name issue. Not to be perturbed, the band released the album True Love Waits in August and managed to secure the number 1 spot in the album charts, outperforming Fontaines DC and Taylor Swift, while also becoming the fastest selling Irish album of 2020. 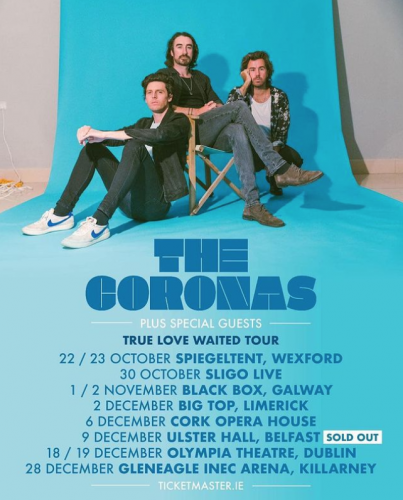 As well as the Cork date the band will take to the stage in Wexford, Sligo, Galway, Limerick, Belfast, Dublin and Killarney.

Tickets for the tour will go on sale at 10am on Thursday September 9th.