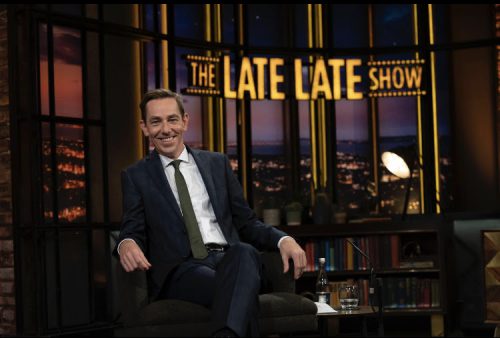 This week’s Late Late Show will air live at 9:30pm on Thursday night instead of the usual Friday night, with an evening dedicated to showcasing the very best of Ireland in music, comedy and sport.

Olympic Gold winner Kellie Harrington will be straight from the Dublin Parade on Thursday after serving as the Grand Marshal for the big event. Kellie is just back from her first time into the ring since Tokyo, winning the Strandja tournament in Bulgaria.

After just recently signing a new contract to stay on as manager of the Irish men’s international football team, Stephen Kenny will also be on the show to talk about his hopes for the future of Irish football.

Also guest starring is impressionist and comedian Oliver Callan, who will celebrate St Patrick’s Day with a host of well-known Irish voices.

Moya Brennan and legendary Irish group Clannad will be on the show too to celebrate decades in the music industry, as they join the party to embark on their farewell tour. Paul Noonan from Bell X1 will also join them for a special performance.

Persian/Irish group Nava will make their Late Late debut, Dan McCabe will also be in studio to give his own rousing version of ‘A Song for Ireland’.

Ryan will be joined by Irish people who are spending Patrick’s Day right across the world and hearing messages for friends and family at home here in Ireland.

The Late Late Show St Patrick’s Day Award will also be presented live on the night, and will pay homage to the victims of the war in Ukraine.