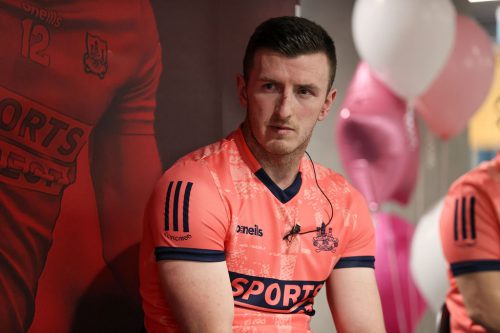 The Championship’s all time leading scorer started on the bench in the quarter final defeat to Galway on Saturday, playing the second half. It was the second game in a row the Glen Rovers clubman didn’t make the starting 15.

The 34 year old has been in the senior set up for the past 14 years, and there had been some speculation that the forward may call time on his career in the red shirt of Cork.

Speaking on the Big Red Bench yesterday, Mulcahy says that nobody can make the call only Horgan himself – and he deserves time to consider it.

“I think it would only be right and fitting for me to say that there’s nobody else can make the choice whether he wants to stay or not than Patrick Horgan – he deserves that himself.

“I think he deserves that bit of space to make that call, he’s given so much to Cork hurling. For me, I’m a club colleague of his, I think he’s the greatest since Christy Ring. Christy was an unbelievable Glen Rovers man, and Patrick is the same as well.

“What he’s given over the last 14 years has been just incredible. He’s no different to anyone else, when you lose an All Ireland Quarter Final it’s hard, defeat is hard to take.”