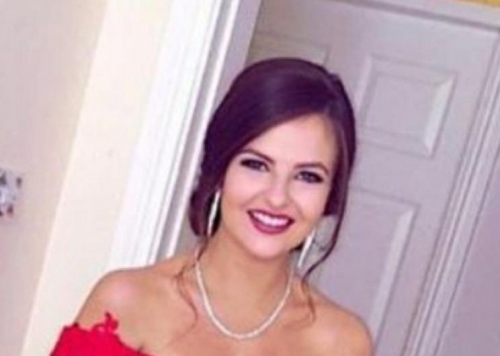 Tributes are being paid to 22 year old Ashling Murphy, who was killed while out for a run in Co. Offaly yesterday afternoon.

The primary school teacher was attacked along the canal in Tullamore at around 4pm – and it’s understood two women tried to intervene.

Gardai believe it was random and are questioning a man in his 40s who was arrested shortly after the attack.

It took place along a stretch known as Fiona’s Way – named after local woman Fiona Pender who went missing over 25 years ago.

A woman was in school with Ashling and played camogie with her spoke this morning.

“She was just an outgoing, happy girl. Always had a smile on her face, would always say hello to you. So helpful.

“I remember training with her in school, and she’d come in with the hurl and she’d be beating the legs off you!

“She was great craic. She was a great mentor, on and off the field. She was so nice, I don’t think you could say about her.

“Everyone is in shock.”

There are calls for greater Garda patrols, the installation of panic alarms, and apps for womens’ safety, following the attack.

Minister of State with responsibility for Special Education, Josepha Madigan, says this has to be a watershed moment.

“There are 14,500 Guards, nearly €2bn of Government investment going out there.

“We need to look at having them [Gardai] patrolling the areas more.

“I myself, on a personal level, have been using the treadmill in the gym for other reasons, and I was contemplating going back outside again – I might stay in the gym for a little while longer.”