Netflix have released the trailer for their documentary on the infamous Britney Spears conservatorship.

The streaming giant shared the teaser for the film ‘Britney vs Spears’, directed by Erin Lee Carr, with the caption “No more secrets. No more silence.”

The synopsis for the documentary reads: “The world knows Britney Spears: performer, artist, icon. But in the last few years, her name has been publicly tied to another, more mysterious term: conservatorship.

“Britney vs Spears tells the explosive story of Britney’s life and her public and private search for freedom. Featuring years-long investigative work, exclusive interviews and new documents, this Netflix feature film paints a thorough portrait of the pop star’s trajectory from girl next door to a woman trapped by fame and family and her own legal status. It shows Britney’s life without utilizing the traumatic images that have previously defined her.

“The film weaves a shocking timeline of old and new players, secret rendezvous and Britney’s behind-the-scenes fight for her own autonomy.

“Text messages and a voicemail, as well as new interviews with key players, make clear what Britney herself has attested: the full story has yet to be told.”

The conservatorship on Ms. Spears estate has been in place since 2008 and is mainly controlled by her father Jamie Spears. In recent times the controversial legal order has been in the spotlight as Britney has appeared in court giving statements on how her life has been negatively impacted by the “abusive” management of her day to day activity, career and income. She has pleaded with judges to remove her father as the conservator but her requests have been denied.

In Britney’s statement in court, she said, “I am not happy, I can’t sleep. I’m so angry, it’s insane. And I’m depressed.

“My dad and anyone involved in this conservatorship, including my management… they should be in jail.

“The last time I spoke to you [the judge] … made me feel like I was dead. I am telling you again because I am not lying… so maybe you can understand the depth and the degree and the damages… I deserve changes.”

However, Jamie Spears has recently filed a petition to remove the conservatorship. The next hearing on Britney’s conservatorship is on September 29th.

The Britney vs Spears film will be released on Netflix on September 28th. 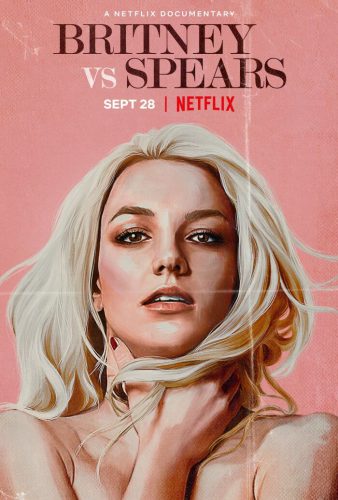