Cork Airport on track to return to pre-pandemic levels 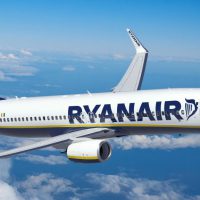 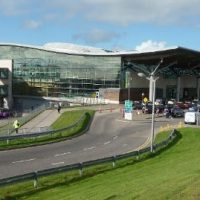 Call for flights to be moved to Cork Airport 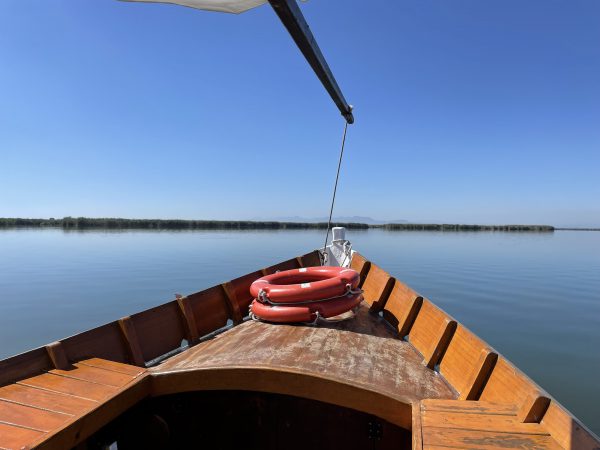 “I hope there aren’t any screaming children on the flight”, I say to myself in the mirror before leaving for Cork Airport.

A typical workday for a broadcast media journalist, or “Newsman” as Neil Prendeville calls me when he glides by my desk (I call him “Talkshowman”), is random at times but follows a definite rhythm. Check in with Lana by phone. Arrange an interview based on whatever needs to be covered. Jump in the news car, get where I need to get and interview the person. Why, what, where, when, who and how? Anyway that’s my number- call or text whenever. I might be reporting from court or waiting for the Taoiseach at a job announcement, surrounded by colleagues from other media outlets. Then back to the office to read the evening news and get some stories in the folder for the morning news.

Today I write this from thirty-something thousand feet, fresh from the Aspire Lounge at Cork Airport and headed for Valencia, Spain. And it’s a workday. Two colleagues from other outlets are here. I’ll name them depending on how we get on over the next few days. We’re on a junket fact finding mission, you see. Thursday to Sunday all expenses. (Makes a change from filing stories from the passenger seat of the news car in any one of the city’s multi-storey car parks or a village square or anywhere I can fit a SEAT León) 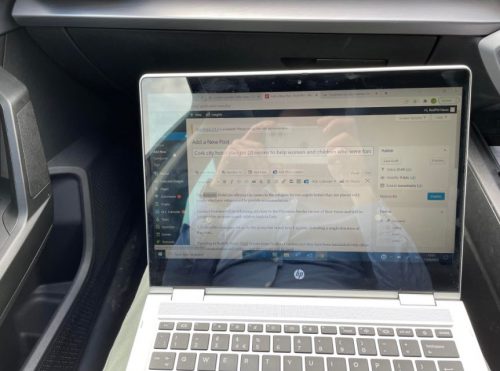 With European travel fully reopened and keen to attract the pent-up demand, Visit Valencia have invited three of us to explore the city and surroundings. The itinerary is impressive. Let’s go through it- wait, sorry the cabin crew are doing the emergency evacuation drill.

I’m in the aisle seat but I can just about see past the man by the window. It’s as mountainous as Ireland as green. Wind turbines, small villages, and sparsely wooded areas. Fields where I imagine they grow oranges or some other sunny fruit. The cabin crew have taken their seats for landing.

I can’t and won’t describe the feeling of getting off a plane to heat. You either know it or you don’t.

I’m back on the plane. The last four days have been amazing. Last night Miguel from Visit Valencia brought us to an outdoor, steel rib cage shaped nightclub where the staff delivered a €1,500 bottle of vodka to a group of well-dressed Englishmen. A barwoman put a flag around her shoulders and was hoisted onto a barman’s shoulders to deliver it. I followed them with a camera rolling. The very definition of front-line reporting. I’m in the last row of the plane in an aisle seat hoping the child beside me loves loud, aviation themed acceleration as much as I do. She seems happy enough with a lolly pop and some kind of tablet device. I slept about 4 hours last night and took a bike tour of The River (more later) with our guide Mar this morning. Anyway, the child seems calm. What were we like at that age on a plane? You used to be able to “see the pilot”. Have you ever looked out the front windows of a plane? Heavenly. 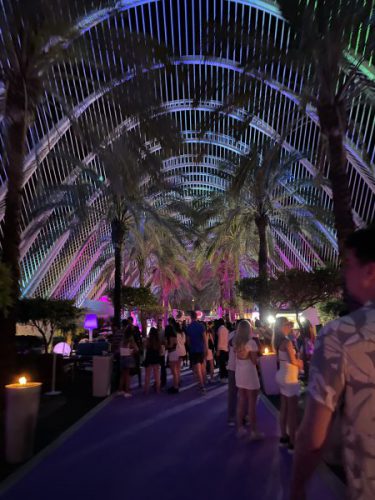 I’m considering a very short cry: it’s Sunday 19:16 and I’ve got work at 10am tomorrow. The Taoiseach is in town. Blarney.  I’m not sure about the details. It’s sunny here. Still close to 30 degrees. It’s probably lashing in Cork. I have four Toblerone between my knees; I still can’t take them seriously since they cut down on the amount of chocolate, each peak looks lonely now. Too much distance between it and it’s nougaty neighbour.

On Friday we piled into a taxi and made our way from the former Hilton, now Meliá Valencia Hotel in the business district to the historic centre of the city where we met our guide, Irma. Irma is enthusiastic about her city and takes us on a walking tour, talking us through the city’s history from the very beginning to now. I can now say the most beautiful building I’ve ever seen is in Valencia- the former Banco Valencia building. 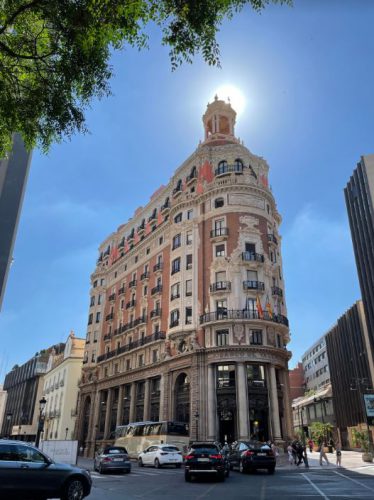 We see gold-ceiling churches, the old university, squares, and fountains surrounded by orange trees, a former silk exchange that looks like a cathedral and narrow-facade tenement houses built hundreds of years ago when the authorities began taxing street frontage.

Irma tells us about the recent pedestrianisation of the area in front of the City Hall and plans for further road closures. She also told us the Spanish like to celebrate with fireworks- birthdays, religious holidays, divorces.

We end our walking tour of the most historic part of the city outside the Central Market- an absolutely huge food market. It’s about 34 degrees in the sun. I run off to scribble some notes before doing a live link with Talkshowman. My brrrother.

Valencia is certainly a food hub. The Spanish love tapas and have perfected the rice dish Paella to such a degree that it was agreed that no Spanish chef would represent the country in the International Paella Competition held in the city. I’m an awkward guest- a vegetarian who doesn’t like food prepped with pepper, chilli, peppers, curry…. and as a result, I don’t like going to restaurants. But this was spectacular. Ingredients straight out of the ground and cooked with a little olive oil. My impression of Spanish food is that the chef wants the food to do the talking; no need to overwhelm it with too much seasoning or sauce. Friday evening we ate at Habitual run by Michelin awarded chef Ricard Camarena. The restaurant is downstairs in Colon Market, another stunning building that we could only dream of in Ireland. 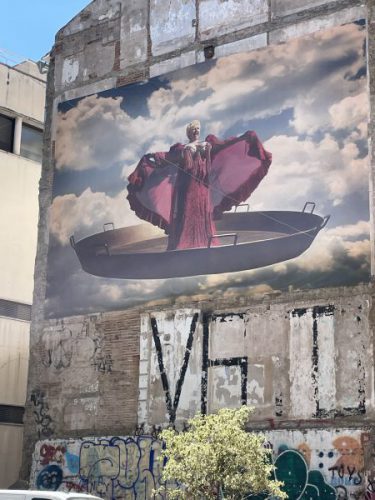 On Saturday we toured the lake at Albufera National Park on a boat with Jaume who spent time learning English in Bray, Co Wicklow as a child. Fish jumped out of the water to greet us, ducks quacked and fled as the boat approached and Irma pointed out where the farmers grow rice from the Paella. Some fields on that tiny strip of land between the lake and the Mediterranean were already filled with water while the others were being prepared. The region produces around 120 million tons of rice a year. A quick drive through tiny El Palmar to see the traditional houses with roofs shaped into a tall apex like the nave of a miniature, rice growing church.

One of my favourite activities outside of all the nice restaurants and locals beers and beautiful buildings was a simple cycle on Sunday before the airport. Look at a map of the city and notice that 12 kilometre green belt. It used to be a river until they rerouted it. It was proposed that the space would become a road until someone smart decided to turn it into a park. Mar led Annette, Sarah, Gavin and I around the park, stopping at various points to show us something beautiful and historic. In the end the child didn’t scream. I didn’t get to see the pilot though. 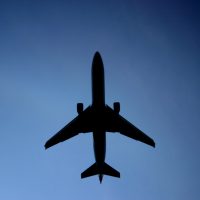 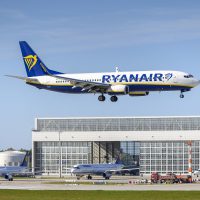 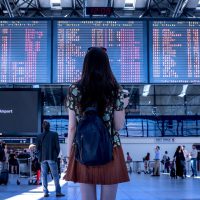 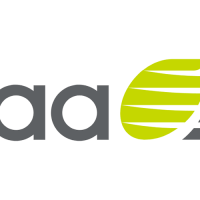 Cork Airport say they expect to host 60,000 passengers over the Easter Bank Holiday 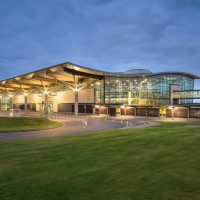 Cork Airport security staff to be reassigned to Dublin Airport

Cork Airport positive about the future